The Port of Galveston Police Department is asking for assistance in identifying these two individuals.  They are driving a white 2017 Ford pickup with a large Houston Texans emblem displayed on the driver side rear window, registered out of La Marque.  The two were captured on surveillance video on Sunday, September 19, 2021, at approximately 12:50 a.m., committing criminal mischief to property in the parking garage at 24th Street and Harborside Drive in Galveston.

Information leading to the arrest of these individuals will result in a cash reward for the tipster.  If you recognize either of the suspects, please contact the Galveston County Crime Stoppers at 409-763-8477 or www.galvestoncrimestoppers.com, or Detective D. R. Cox at 409-766-6110 or dcox@portofgalveston.com.  Reference case #2021-0254.

STATUS: OPEN
The Galveston County Sheriff’s Office has documented 30 burglaries in the Green Caye RV Park and Townhome complex in Dickinson. The burglaries occurred from December 2016 to date. There has been approximately $20,000.00 worth of property stolen and approximately $10,000.00 worth of damage done to the RVs and townhomes. The only suspect description provided is a bald White Male approximately 30-35 years old. The latest string of burglaries occurred when victims were displaced from their homes due to Hurricane Harvey. A Crime Stoppers reward is offered for tips leading to the arrest and conviction of the person or persons involved. Contact Galveston County Crime Stoppers at the Anonymous Tip Line 409/763-TIPS, Galveston.crimestoppersweb.com or download the Crime Stoppers P3 Tips app.

The League City Police Department is actively investigating a homicide case involving Clarence Humphrey DOB 12/19/1982, AKA “Trey”. On 07/23/2017 at approximately 5:30 AM, Clarence returned to his house in the Mar Bella neighborhood, after a trip to a doughnut shop. While walking from his driveway to the front door he was attacked by three black male suspects. From surveillance video on the scene, it appears that the three assailants were waiting for Clarence to return to the house and attacked him in his own driveway/front yard area. There was a short fight, that ended with all three suspects shooting Clarence multiple times. During the altercation, one of the suspect’s hat came off of his head and was left on the scene.

Suspects were then seen on video fleeing the scene in a black passenger car, possibly a Nissan Altima.

League City Police are seeking information on anyone who has been seen wearing this hat. LCPD requests that citizens in the Galveston County area check their social media accounts and look for any photos where an individual wearing a similar hat is seen or tagged. 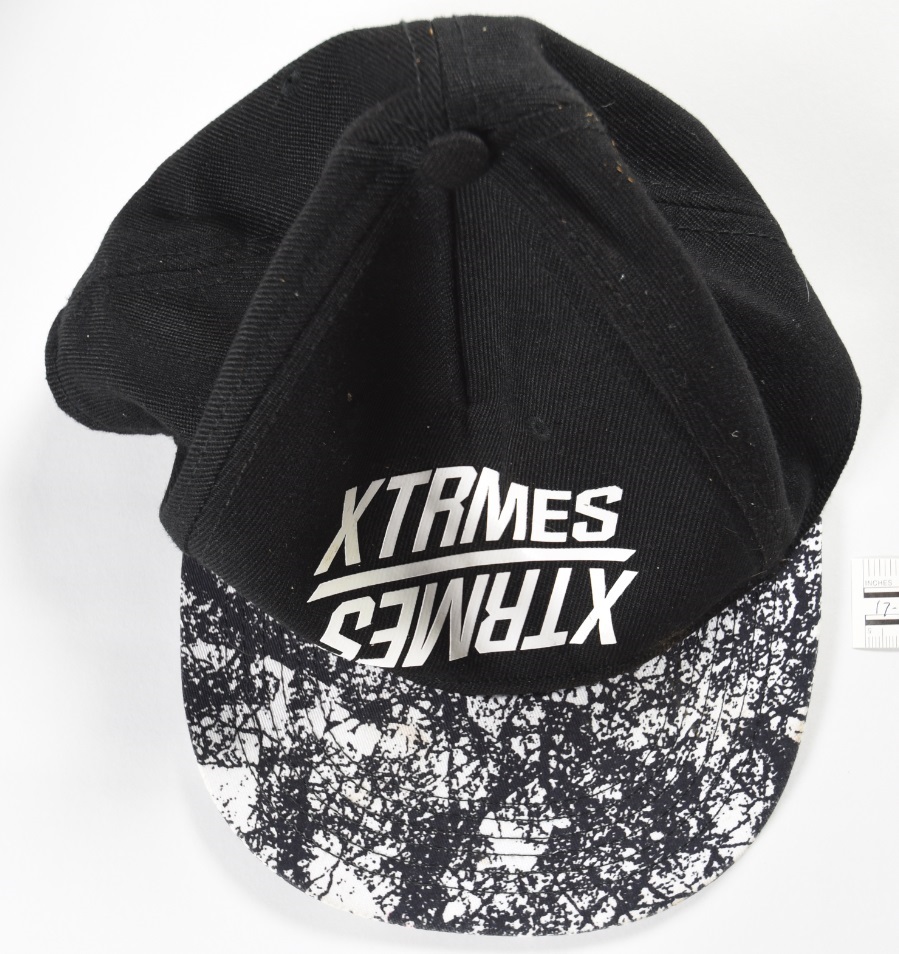 Galveston County Sheriff’s Office is actively investigating a homicide case involving Carlos Quesada-Martinez, DOB 9-24-74 AKA Jesse Steven Castro.  He was reported missing to the Harris County Sheriff’s Office on 2-19-15.  He had been missing since 2-17-15 and was finally reported missing two days later by family.  On 2-22-15 Quesada-Martinez was discovered dead on the beach in High Island, Galveston County.  His death occurred at this location earlier that morning.  His wrists and mouth were bound with duct tape, and he was shot in the back multiple times execution style.  Quesada-Martinez had been missing a total of 5 days before his body was discovered and believed to have been kidnapped and held against his will during that time.  There are no suspects and no leads.  The death may be the results of a drug related debt or cock fighting gambling debt.

Galveston County Sheriff’s Office has received anonymous and unconfirmed information that Quesada-Martinez, Juvenal Perez of Houston, and Jose Luna of Houston were possibly kidnapped at approximately the same time and their disappearances are related.

Partner with Galveston County law enforcement and the media to take crime off the streets.  Crime doesn’t pay but Galveston County Crime Stoppers does:  Anonymous Tip Line 409-763-TIPS or galveston.crimestoppersweb.com

Information needed relating to the Death of Mason Curlee
November 16, 2016

Galveston County Crime Stoppers, in conjunction with CenterPoint Energy, is offering a $25,000 reward for information leading to the arrest and conviction of the person or persons responsible for cutting down CenterPoint Energy’s pole and vandalizing its equipment.  This act, which took place on property directly West of Santa Fe High School off Hwy. 6, ultimately led to the tragic accident of Santa Fe teenager, Mason Curlee, on August 24.

Leads can be phoned in to 409/763-TIPS or submitted online at: Galveston.crimestoppersweb.com – Tipsters remain anonymous.  Partner with Galveston County Crime Stoppers, law enforcement and the media to take crime off the streets.

On December 15, 2014, at approximately 9:40 p.m. in the 2300 block of 29th Street, Milburn Brock, a black male, 22 years of age, was hit by a driver in a dark color vehicle who fled the scene.  No make or model was noted.  A loud engine was heard as the vehicle swerved toward the victim.  This incident is being treated as a homicide.  Anyone with information that can lead to the arrest and conviction of the driver is asked to contact Galveston County Crime Stoppers. Crime doesn’t pay but Crime Stoppers does. All tips remain anonymous: 409/765-TIPS, Galveston.crimestoppersweb.com, or mobile app P3tips.com.

On 6-06-08 during the early morning hours, The Galveston County Sheriff’s Office responded to the Dickinson Motel located at 2514 Hill Street in Dickinson,TX, on a shots fired call with victim on location.  Upon arrival a 24 year old white male subject identified as Justin James Wingo was found deceased from multiple gunshot wounds.  Witnesses advised as Wingo’s vehicle had just parked at the motel, a small dark colored vehicle pulled up behind him and a young black male exited and demanded money from him.  When Wingo was unable to provide any money to the robbery suspect he was shot and killed.


The suspect vehicle then fled, and Wingo’s vehicle was also driven away from the area.   Wingo’s vehicle which was a Toyota Tundra that was white in color, was later found in the Webster area.

Galveston Crime Stoppers is offering a $1,000 reward for information leading to the arrest and conviction of the person(s) responsible for this senseless murder.  You can remain anonymous!

Justin`s family needs your help in solving this tragic crime.  If you know anything at all, please do the right thing and make the call. 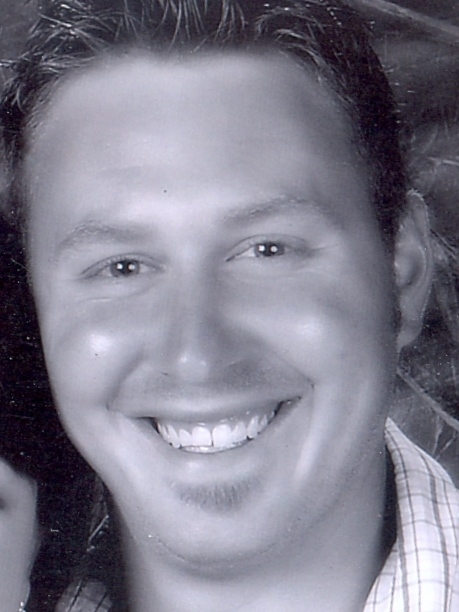 The initial reward fund for information leading to the arrest and conviction of the young mother’s killer was raised to $25,000.*

Detectives are now asking for anyone who was involved in a trail ride on Bolivar Peninsula July 13 to 15 to come forward. Participants in those trail rides typically take midnight rides along the beach, and may have witnessed something the night 28-year-old Gearen vanished

Law officers investigating the brutal rape and killing of a woman at Crystal Beach may have gotten a break in the case. They are now looking for a vehicle like this:

Bridgett Gearen, 28, a single mother of a 2 year old girl, was found dead on the beach at the end of Monkhouse Road in Crystal Beach, Texas.  It is believed she died sometime in the early morning hours of Sunday, July 15, 2007.  She was apparently beaten and investigators believe she may have been strangled.

Bridgett was vacationing in Crystal Beach with her 2 year old daughter and several friends.  She disappeared after she left her rented beach house in preparation for a midnight ride on the beach.  Her friends followed her outside the house only minutes later, but were unable to locate Bridgett.  Her body was found hours later at the edge of the water.

Galveston Crime Stoppers is asking for your help in solving this case and getting a dangerous individual(s) off of our streets.  If you were at the beach in Crystal Beach during the night of July 14, 2007 or the morning of July 15, 2007, please contact us at (409) 763-TIPS.  If you have information about this crime, or know of persons who may have information about this crime, please call Crime Stoppers.  Do the right thing.  Make the call!

Special Note:  If you visited Crystal Beach the weekend of this crime you may, unknowingly, hold vital information about this crime!!!! 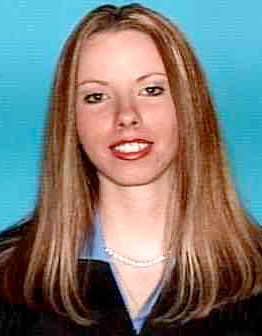